“21 Minuti Avant-garde. A sustainable economy” a training for mind and heart 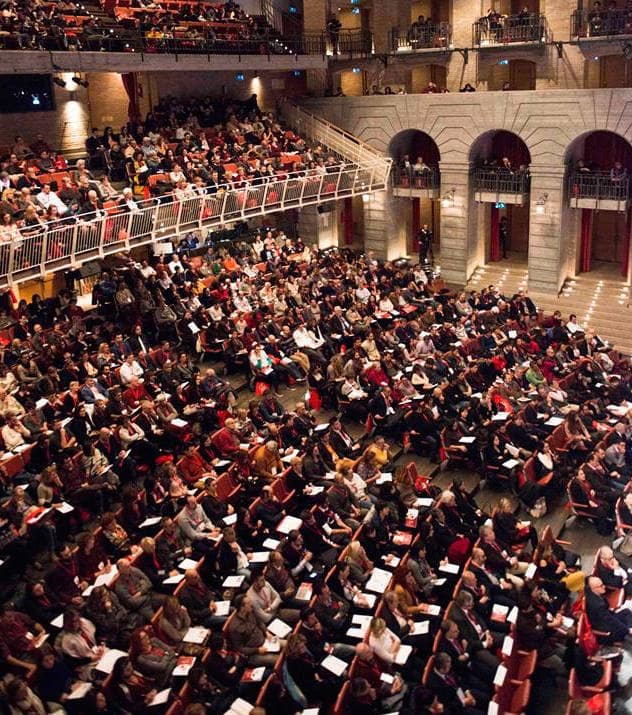 More than 1000 enthusiastic people took part  on November the 18th to the 9th edition of  ’21 Minutes  Avant-garde. A sustainable economy’ that took place at Muse Teatre of Ancona. It was an event organized from Patrizio Paoletti Foundation – research and educational national institution famous for its research in neuroscience and psychopedagogy  – and UCID – Entrepreneur Manager Cristian Union.

Patrizio Paoletti, format chairman and creatore, introduced and support on stage 8 people whose successful story made of hope faith and innovation were meant to inspire audience about enterpreneuring, science, economy, environment and third sector. Each shared with the public his “adventure”, difficulties he faced during the work, values that led him to realize it.

“A common asset among the witnesses – Paoletti says – is the promotion of sustainable economy, used as a society safeguard. During 21 Minutes professional, personal, ideational paths become suggest, inspiration and tools useful to learn to use better our mind and to improve ourselves and the world we live in.”

Morning ended with  Stelvio Lorenzetti,  Eko Spa CEO, who was able to relauch historical brand of musical instruments, guessing the necessity to invest in quality by bringing back the production in Italy.

In the afternoon, Giovanni Clementoni, Clementoni S.P.A. CEO, who was one of the first in the world to mix game and education.  Then Laura Gabrielli, vice-president of Gruppo Gabrielli , one of the leader firm in large distribution, which always took care of minor firm, being in this way an example of the possibility to grow together with other reality; after that Valentino Magliaro, a very young entrepreneur and political , who was chosen when he was 25 from ObamaFoundation to represent Italy in the first Civic Leader Summit, which took place in Chicago on October 31st.

Then Marco Astorri went on stage. He is founder of Minerv, plastic created with sugar factory scraps, which are meant to biodegrade in 40 days.  Today his firm Bio-on is working on Minerv Biorecovery: a new technology which could change the future of the planet and the quality of everyone life by removing in three weeks, the oil pollution of the sea.

At the end Alberto Sinigallia, president of Progetto Arca Foundation, an onlus that from 23 anni offers a concrete help for people who live in difficult conditions.

“This year 21 Minuti – Patrizio Paoletti says – offered to everybody a double opportunity: from one point acquiring concrete tools for education through successful model inspiration, from the oder point tooking part to a support network to helping people in areas affected by earthquake thanks to Paoletti Foundation”.

I.C.O.N.S. The first international conference on the Neurophysiology of silence

The 5 Keys to Wealth, 4 days with Patrizio to discover who we are and how to achieve what we want

This is Patrizio Paoletti’s next new event which will take place from 26 to 29 September 2019. A hard-hitting title […]

You can find out more about which cookies we are using or how to disable them in settings .

This website uses cookies to enable us to offer you the best possible user experience. Cookie information is stored in your browser and performs functions such as recognizing you when you return to our website and helping our team understand which sections of the website you find most interesting and useful.

This website uses third-party cookies to collect anonymous information such as the number of visitors to the site and the most popular pages or to offer navigation assistance to users.